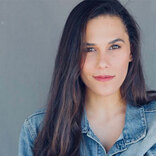 ​SARAH ALEXANDER Beth in In Full Bloom
Sarah Samantha Alexander is an actor, writer and musician from Los Angeles, California. She received her Bachelor of Arts degreefrom California State University, Northridge, where she majored in English, Creative Writing with an emphasis in Playwriting, and minored in Theatre. She studied acting at Playhouse West School and Repertoire Theatre under the tutelage of Robert Carnegie, performing in such productions as Snakebit, This is Our Youth, The Shape of Things, Other Desert Cities, and Phoenix. She studied improvisational and sketch comedy at the Upright Citizen’s Brigade, and performs weekly at Skiptown Playhouse with her improvisational comedy troupe, and several times a week with her sketch team, Little Stinkers. She performs music as a solo artist under the name Sans Faute, and as the lead guitarist and backup vocalist for Erez Barnea. She is also a freelance journalist, having written and published over 20 articles for Ms. Magazine, among other publications. Most recently, she performed in the Broadway revue, Broadway to the Rescue at the Montalban Theatre in Hollywood, and inhabited the role of Inez in a production of No Exit at Studio/Stage Theatre in Hollywood. 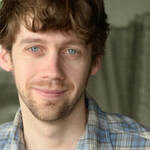 BRENDAN BRANDT
Roger in In Full Bloom, Young Man in Assisted Living
​Member of the New American Studio Ensemble/Literary Coordinator.With NAT: Measure for Measure, Meanwhile, Back at the Super Lair...Macbeth: Revisited, Boy’s Life, Julius Caesar, A Midsummer Night’s Dream, 5 Beauties (Green Eyes), Macbeth, Getting Out, and 9 years of One-Act Festivals (authored Exigence). Other theater- Godspell, Wild Geese, and Twist in SoCal, and Macbeth, Assassins, and Equus in Minneapolis. TV: Workaholics, Criminal Minds, Last Man Standing, Working Class, Close to Home. Brendan directed the documentary Victor’s Last Class, which has played in festivals in Amsterdam, Kansas City, and Pasadena, on TV in Israel and Slovenia, is coming to theaters in Poland, and is still touring colleges and festivals.  www.victorslastclass.com. 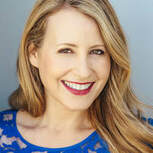 TANIA GETTY Nurse in Assisted Living
Tania Getty is happy to be a part of another show with New American Theatre, after having played Selina in Loose Ends and participated in prior One-Act Festival. She is also a member of Pacific Resident Theatre in Venice, where earlier this year she was seen in Cigarettes and Chocolate, The PRT Shakespeare Project, and A Touch of the Poet. Also at PRT (selected) The Cherry Orchard, Skylight, Closer, Orpheus Descending, Fata Morgana, and Alice Sit-by-the-Fire. Tania also performs with guerrilla troupe Salty Shakespeare. Tania studied theatre at the University of Arizona and Goldsmiths College, London. www.taniagetty.com 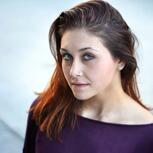 EVA HOLLIDAY Charlene in Performance Review
​With The New American Theatre: Red Table 3. She graduated from Drury University with a BA in Theatre and minors in Music and Dance. There her passion for acting was only further enriched by a passion for artistic collaboration. Previously she has appeared as Sally Bowles in Cabaret, Velvet in Some Velvet Morning, and Masha in Chekhov’s The Three Sisters under the direction of her mentor Robert Westenberg. ​ 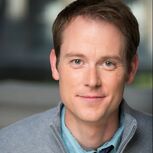 JEFF KONGS 2240-D in Searching, Chandler in Straight Talk
Member of the New American Studio Ensemble. Associate Producer with New American. Recent productions with NAT include: Meanwhile, Back at the Super Lair... Loose Ends, Boy’s Life, 6 One Act Festivals. Favorite past film, TV and theatre credits include: Criminal Minds, Rizzoli and Isles, Ask J, Jerry and Tom, Knockout Mouse, Fighting Mr. Right, Searching, and The Insider’s Guide To Film School. Jeff is currently serving as a producer and actor on The Carnivore Project, an ambitious film collaboration that his beautiful and talented wife and friends have been creating. Jeff is a graduate of Columbia College Chicago with a B.A. in Film. A big thank you to his friends for their unmatched support. www.jeffkongs.com 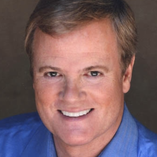 JERRY LAMBERT  Playwright, Dad in Straight Talk
Jerry is excited to be working once again with director Jack Stehlin. He attended AADA in New York. His plays Lipstick Sunset, Coffee to Go and Joey were also produced at the New American Theatre. As a member of NAT he performed in Richard III (starring Jack Stehlin and Alfred Molina) and Three Sisters at the Odyssey. On television, he has recurring roles on American Housewife (ABC) and Life in Pieces (CBS). Other television credits include Graves with Nick Nolte, Modern Family, Brooklyn 99, Family Guy, and Crazy Ex-Girlfriend.. 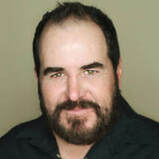 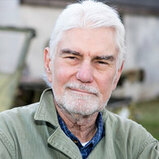 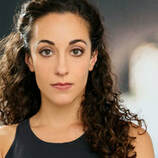 SARA SPADACENE Patti in Straight Talk
With NAT: Murder of Crows. Sara is a proud Pittsburgh native. TV: S.W.A.T., Betrayed and Dr. Dre’s new show releasing on Apple TV in 2019. LA Theatre: The Maiden’s Prayer. Commercials Match.com, Cupcake Wines, SOFI, and Toyota! Sara’s studied at UCB LA, The Second City Chicago and at The Imaged Life with Faline England. Sarawants to thank Jack for his guidance and her family for their Italian hugs and kisses and good food. BFA Musical Theatre Elon University. 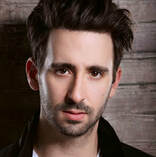 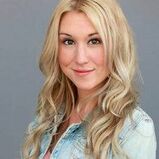 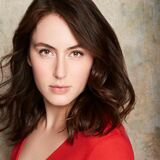 EMILY WENDT Kim in Searching
Emily is a recent graduate of Georgetown University, where she majored in Classics and Psychology. Through the study of Classical Greek plays and Euripides, she discovered her own love of theatre that  brought her to Los Angeles. Since being here, she has studied improvisation extensively at the Second City and has performed stand-up at the Comedy Store, where she loves to throw in jokes about Socrates and other oddities of Antiquity. She also performs improv shows weekly at the LA Connection. 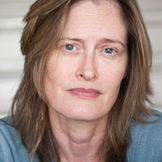 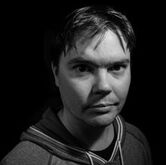 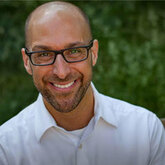 JEFFREY NEUMAN Playwright, Assisted Living
Jeffrey Neuman is an award-winning playwright whose work has been performed at theaters and festivals across the United States, Australia and the United Kingdom. His plays have been produced and/or developed by Emerging Artists Theatre, Denver Center Theatre Company, LaMaMa, Edge Theatre Company, National Public Radio, Stage Left, FUSION Theatre Company, and the Samuel French Off Off Broadway Festival, among many others. He is a Heideman Award Finalist, cofounder of Colorado’s Rough Draught Playwrights, Director of Literary Development for Benchmark Theatre, and an active member of the Dramatists Guild of America. www.theaterbyjeff.com. 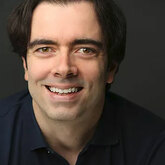 OWEN PANETTIERI Playwright, Searching
Overall Excellence in Ensemble. 2014 FringeNYC) and The Timing of a Day (Winner - Outstanding New Play 2010, Talkin’ Broadway, Summer Theatre Festival Citations). The Timing of a Day had an additional run at Center Stage, NY in 2011. His latest play, A Burial Place had its World Debut at the Abingdon Theater in NYC in the fall of 2016.  Short plays and one-acts produced across the country include More Than a Memory, Processing, Our View From Paradise, Calendar Girl  and  The President is Gay! (And Other Delicious Scandals).Owen was a contributing Writer/Performer for four seasons with The Nitestar Program (currently known as S.T.A.R. at the Directors Company) creating original health education theater pieces for primary school, secondary school and college audiences in the Tri-State area. He is the co-writer of the web series Legally Brown: The Search for the Next Piragua Guy with Lin-Manuel Miranda and writes weekly at Ryan Scott Oliver’s Crazytown Blog. Owen is a graduate of Wesleyan University and the Conservatory Program at The Actors Center. He is currently a member of the Playwrights Gallery Writers Group. He lives in New York City. www.owenpanettieri.com 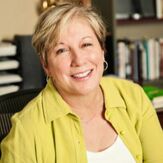 NEDRA PEZOLD ROBERTS Playwright, Performance Review
Nedra Pezold Roberts is an Atlanta playwright. For several decades she taught English and drama, and her publications in the academic arena included two textbooks (one a critical anthology of plays). Then Nedra chose early retirement to concentrate on writing her own plays instead of teaching those of others. Her second career has begun auspiciously, generating a number of productions and staged readings coast to coast and in Canada, and several of the plays have won competitions and publication. Nedra is a member of the Dramatists Guild of America, Working Title Playwrights, and the Atlanta Writers Club. For more information, see her website, www.nedrapezoldroberts.com 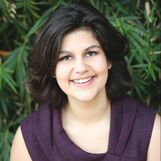 PAIGE ZUBEL Playwright, In Full Bloom
Paige Zubel is a Philadelphia-based playwright, dramaturg, and producer. Her plays have been producer internationally, with notable productions in her hometown of Houston, TX (go ‘Stros!) ($12.50/Hour, Sunday Flowers), New York City (Gel Us, The Pull of the Moon), and Scotland (Under Covers). Her plays and prose have been published by One Act Play Depot, Every Day Fiction, and Hashtag Queer. Most recently, her full length play A String Between Man and the World was selected as What If? Productions’ Best New Play and will receive its world premiere in 2018. She is Artistic Associate of Shakespeare in Clark Park, a season apprentice at InterAct Theatre Company, and a member of The Foundry, a Philadelphia emerging playwrights’ lab. For more: paigezubel.com.

ABOUT THE PRODUCTION TEAM 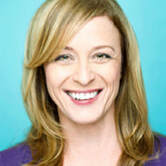 JEANNINE WISNOSKY STEHLIN Managing Director, sound design
As a producer: 80+ plays for New American Theatre/Circus Theatricals including; Measure for Measure, Meanwhile, Back at the Super Lair...  Creditors, More Lies About Jerzy (dir. David Trainer), Midsummer Night’s Dream, Julius Caesar, Bedfellows, 23 Festivals of New One Act Plays, As Is, Five Beauties by Tennessee Williams, I Never Sang for My Father, Sister Cities, Titus Redux, (w/ Not Man Apart at Kirk Douglas Theatre and RADAR-LA), LA/Off-Broadway productions of Man.gov, Harm’s Way, The Job.; Many New American Theatre/Odyssey Theatre co-productions. Short film Game 7.  As an actor; numerous plays in LA and Chicago. Film/TV: Watch It, Rancho Cucamonga, Chicago 8, Colette. She made her TV debut as a preschooler on the children’s program, Romper Room. Jeannine earned a B.S. in Advertising from University of Illinois and an M.B.A. in Marketing from Illinois Institute of Technology. She serves as a Cultural Affairs Commissioner for the City of Culver City. 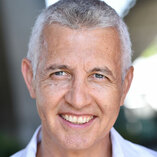 JACK STEHLIN (Artistic Director/Director)
Jack Stehlin has directed over 80 plays for The New American Theatre. Fresh out of The Juilliard School, he founded the company (as Circus Theatricals) in 1986. Also an actor, he can regularly be seen on television. His Los Angeles stage roles include New American Theatre productions of Tempest Redux (co-production with Odyssey Theatre), 63 Trillion, More Lies About Jerzy, Julius Caesar, Harm’s Way (LA/Off Broadway), Titus Redux (Not Man Apart co-production at Kirk Douglas Theatre and RadarLA,) and Odyssey/New American Theatre co-productions of Creditors (LA Weekly Award nomination-Best Actor),Taming of the Shrew, The Misanthrope, Macbeth, Richard III, Tartuffe, and True West. On the small screen, he is perhaps best known on television as DEA captain Roy Till on the Showtime series Weeds (SAG award nomination). New York/Regional stage credits include Salome (with Al Pacino), numerous productions at New York’s Public Theatre including Richard II (with Steven Berkoff), Henry V (with Kevin Kline), Casanova (with Ethan Hawke), Henry IV, (with Mandy Patinkin), and Julius Caesar (with Al Pacino and Martin Sheen). His many guest-starring roles on countless TV fan favorites include the recent Assassination of Gianni Versace, NCIS Los Angeles, Without a Trace, Monk, The Practice, Crossing Jordan, ER, NYPD Blue, and Fox’s Hieroglyph. Jack can currently be seen on the big screen in Wilde Salome with Al Pacino.