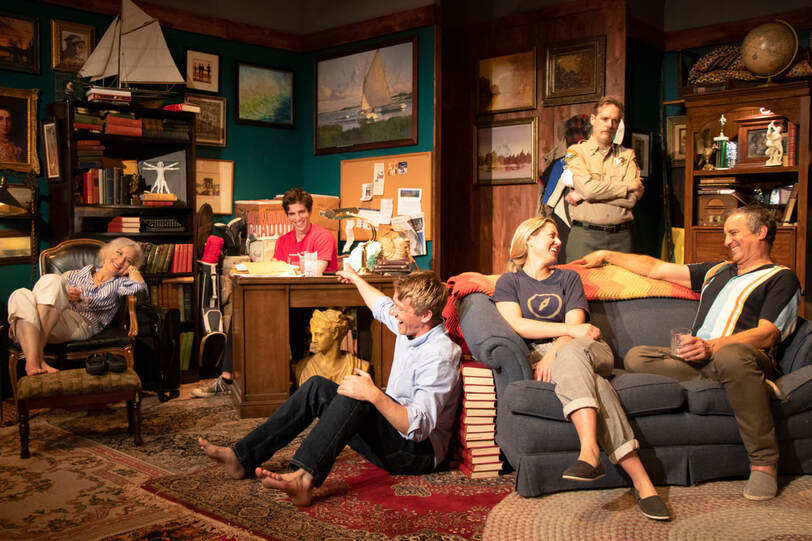 The New American Full-Length Play Competition has been created to support new plays. The competition is in line with The New American Theatre's on-going commitment to inspire, educate and nurture artists and our community towards a thoughtful and humane world view through the art of story-telling. We help theatre artists find their voices, cultivate social consciousness and prepare for a lasting career. We support new and established playwrights and incubate new plays. We seek to make a lasting, life-long impression on our community – inspiring the audience to continue provocative conversations long after the curtain closes.

Since 1995, The New American Theatre has presented over 130 Los Angeles or World Premieres Plays.

ABOUT THE NEW AMERICAN THEATRE

Named by CBS Los Angeles as one of the top five 99-seat theatre’s in Los Angeles, The New American Theatre has also enjoyed critical acclaim, awards and nominations from the Los Angeles Times, LA Drama Critics Circle, Back Stage West, LA Weekly, LA Stage Alliance Ovations, and many others.

Supporting Playwrights and New Works
The New American Theatre supports new artists and new works. Since our founding, we've presented over 130 new plays on Los Angeles stages, three of which we later moved to an Off-Broadway run. Plays that received world premieres on our stages have become feature films, short films, and a Lifetime movie event. Several plays have been widely published, and one play was turned into a novel. World premiere plays and world premiere adaptations have won prestigious awards and accolades.

BY SUBMITTING THE MATERIAL, THE APPLICANT HEREBY AGREES TO INDEMNIFY, HOLD HARMLESS, AND DEFEND THE FESTIVAL, ITS EMPLOYEES, DIRECTORS, REPRESENTATIVES, AND AFFILIATES FROM ANY LIABILITY, CLAIMS, AND DAMAGES IN CONNECTION WITH THE SUBMISSION AND FROM ANY FEES AND EXPENSES, INCLUDING BUT NOT LIMITED TO REASONABLE ATTORNEYS’ FEES, THAT ANY OF THEM MAY INCUR IN CONNECTION THEREWITH.