"A dynamic Ensemble of Committed Artists!"
- Back Stage 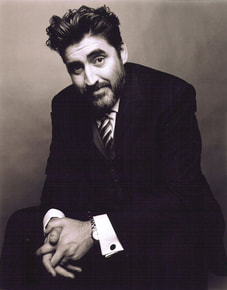 "I thought I knew everything there was to know about acting...until I met Jack Stehlin" - Alfred Molina
​
ALFRED MOLINA is an accomplished and versatile actor with over one hundred film, television and theater productions to his credit. He currently stars in the television series "Law and Order, Los Angeles."
His many film projects include Poe, Vivaldi, Prince of Persia: The Sands of Time, The Tempest, Carmel, Big Buy, Lessons in Self-Defense, An Education, Da Vinci Code, Spiderman II; Hoax , As You Like It , Frida, and Raiders of the Lost Ark.A veteran of the stage, Alfred Molina recently was nominated for a Tony Award for his outstanding portrayal of Abstract Expressionist painter Mark Rothko in RED. Alfred Molina is a Associate Artist of The New American Theatre
Click on the link to see Alfred Molina on imdb! 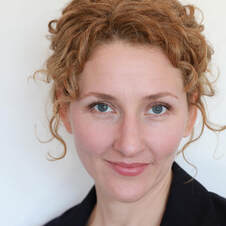 "Jack Stehlin has provided me with utterly inspiring and truthful direction and coaching in the pursuit of my artistic goals."

He is truly a visionary when it comes to theatre, not to mention teaching acting.  Without Jack, I would have moved to a farm somewhere to hide under a rock long ago!  Honestly, he has transformed my perception of the craft and has driven home the most basic Stanislavskyan fundamentals that I never would have fully understood without him.  Just the fact of Jack Stehlin and Circus Theatricals' existence and has kept hope alive in me for the fate of theatre arts and the craft of acting."
- Jade Sealey 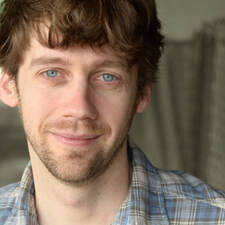 "Jack Stehlin and the Studio is an oasis of artistry in a desert of pizza and beer commercials."
It's fuel for the artistic soul to come in on Saturdays and study the best plays ever written, and then feel inspired to go back to the grind of auditions and rejections. Jack has a keen, intense mind for acting and directing, and his passion is contagious. He has most certainly made me a better actor.
- Brendan Brandt 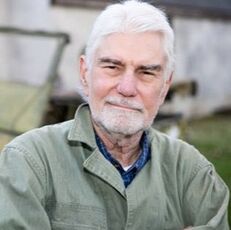 "Jack Stehlin has an uncanny ability to unfold Stanislavsky's insights into tools, pathways which enable the actor to simply prepare the conditions which then allow the experience to naturally happen."

It has a lot to do with the fact that he is such a good listener, observer; and has been doing so over a lifetime of working with and directing the best in American theater.

The resonance he has helped reveal within Stanislavski’s work often parallels fundamental master
teachings from other fields, which is probably why it feels so authentic in theory, but especially in
practice.

David Purdham:
As a professional actor and director, David Purdham has worked extensively
in theatre on and off Broadway, in many of the great resident theatres in our country(including New
York Shakespeare Festival, Roundabout Theatre, Manhattan Theatre Club, Ensemble Studio Theatre, Old
Globe- San Diego, Yale Repertory Theatre, American Repertory Theatre, Long Wharf Theatre, Great
Lakes Shakespeare Festival, Pittsburgh Public Theatre, Pasadena Playhouse, Williamstown Theatre
Festival) as well a lot of television and film during the last 45 years. He is a member of NEW AMERICAN
THEATRE, and directs The Tempus Theatre Group’s Classical Play reading series (an exploration by
professional actors of the evolution of theatre from the Greeks forward.) There is a nice Television
Series moving into its second season on HBO - “Winning Time”, in which he plays Larry O’Brien, the
commissioner of the NBA. 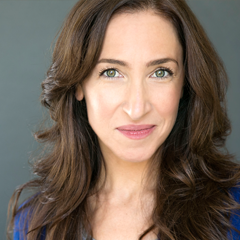 "Jack Stehlin is not only an amazingly talented artist, but truly the best acting teacher I have ever had."

In the years I have studied with Jack, I have become a better actress and am constantly challenged.  Jack teaches pure Stanislavski and gives his students the tools that enable you to work on your own.  Each class is profound.  Each time I listen to Jack I am inspired as an actress and leave with excitement to work.  He is a humble, no nonsense teacher.  I appreciate the truth Jack brings to my work.  Jack is a gem in a town full of people who claim to have all the answers.  Jack really does, or at least makes searching for the answers a true artistic endeavor.   I feel so lucky to be practicing the craft in Jack's studio."
- Vanessa Waters
Vanessa Waters:  As a long time company member, plays with The New American Theatre include:  A Midsummer Night’s Dream, Julius Caesar, As Is, The Women, Three Sisters, Macbeth, and seven different productions of One Acts.  With Shakespeare Santa Monica, The Merchant of Venice, and Vanessa recently starred in the premiere of Blind Spots by Colette Freedman.  She has appeared on television shows Battle Creek and House, numerous independent films, and is also a voice over actress. Vanessa is a graduate of the Pacific Conservatory of Performing Arts (PCPA Theaterfest) and holds a B.F.A. in theater from Ithaca College.  Big thanks to Jack and Jeannine for their dedication to our company